Women’s March 2018 in the City of Angels 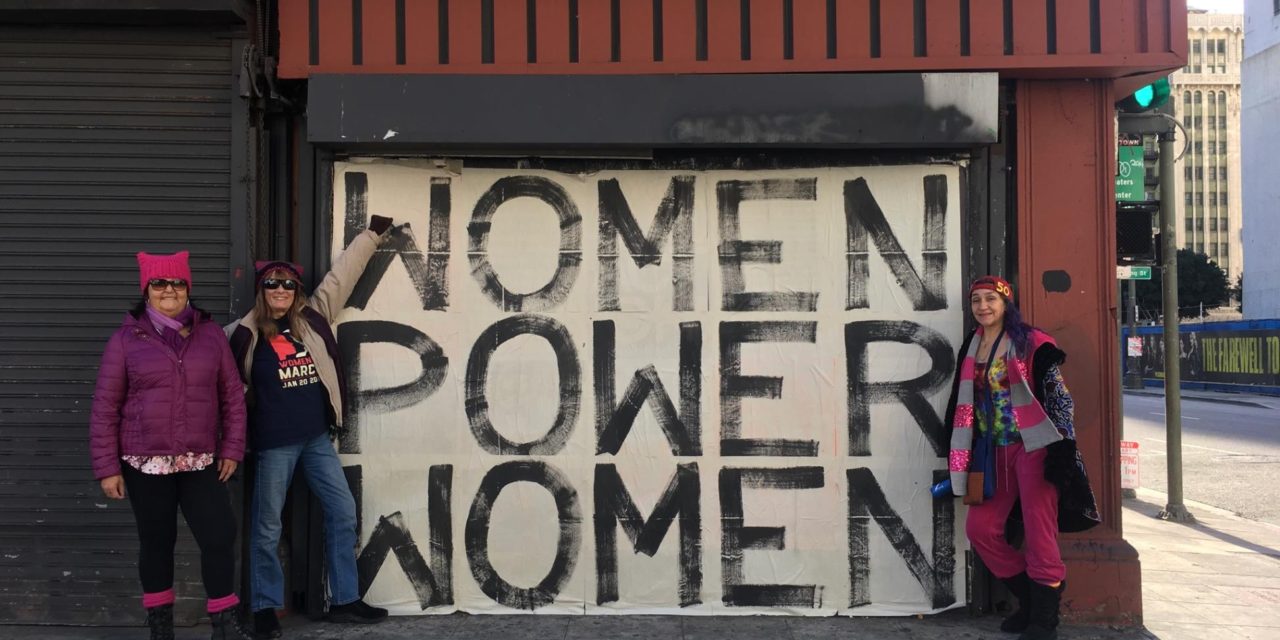 This kind of behavior has gone on way too long and continues to destroy our society and community as a whole. It is time to stand up for basic human rights; women’s and men’s rights period.

This year’s women’s march was fueled up with a number of issues beyond just women’s rights. The streets of cities throughout the world represented the growing numbers of immigrants, victims, survivors, and activists that are no longer going to stand by and were going to be heard. Women and many men were wearing pink “pussy hats” as they crowded the streets in Los Angeles on Saturday January 20th in record numbers to bring awareness to several movements. The overall message was to encourage the empowerment that we all can have at the polls. The #metoo and #timesup conversation was very present throughout the morning. Some of the speakers were actresses Eva Longoria, Alfre Woodard, Olivia Munn, Natalie Portman, Scarlett Johansson, and Viola Davis. Senator Kamala Harris, city and other state elected officials (all women) and activists from various organizations were on hand including Planned Parenthood representatives. Many personal stories came from the celebrities that took to the microphone. Each shared of their own experiences and encouraged the crowd to stand up and support each other with compassion and empathy. There were stories that everyone could relate to on some level whether it was discrimination, harassment and/or sexual abuse. Natalie Portman spoke about protecting herself through expression in her behavior; the way she dressed in public, acted, and more in order to combat the “the sexual terrorism,” as she described about her experience growing up on the sets of movies. She chose to dress and act more conservative in the public spotlight to avoid the topic at an early age. Her first piece of fan mail at the age of 13 was from a man that had fantasized raping her. A radio station she heard had begun a countdown to when she would be 18 and legal to sleep with, as she tells the hundreds of thousands of protesters that stand in front of her. This kind of behavior has gone on way too long and continues to destroy our society and community as a whole. It is time to stand up for basic human rights; women’s and men’s rights period. Anything destructive that happens to one has an impact to all. Everyone that spoke on that crisp Saturday morning had a story to share. Cannapolitan took to the streets to look for activists from all sides, including proud cannabis supporters. There were a few prominent activists on the street that day that were representing the true cannabis compassion movement including Yamileth Bolanos of Purelife Alternative Wellness located in Chatsworth. Yami (as her friends call her) was instrumental along with Americans for Safe Access and other state officials in creating a state bill here in California that will keep patients that are waiting for a transplant organ to remain on the waiting lists versus being taken off the list for their use of cannabis. There were not as many in LA as we would have liked to see, but the community was in full force in the bay area in San Francisco, the birthplace for so many beginnings to the cannabis movement, but that’s for another story. The best part of making any journey to a protest or march is the experience of it all, including the subway ride downtown. I walked to the Vine & Hollywood subway station to head downtown and rode the train with a family of two men and a woman and two young daughters around the ages of 8 and 10. The mom was noticing my backpack and my camera around my neck and asked if I was going to the march to photograph and report on the day’s events and I said, “yes”.  She saw all the pro Cannabis pins on my backpack and asks what press I represent, “Cannapolitan Magazine,” I replied. She immediately gives me a high five and enthusiastically says “Right on! Girls, she works for a cannabis magazine…remember we talked about medical cannabis?” I couldn’t help but smile huge and that’s when I knew I’ve always been at the right time and place and everything is going to be ok! I emerged from the subway station with a smile and motivation to keep on keeping on. Overall my experience at the women’s march was exciting, inspiring, and touching to see so much humanity on the streets and thousands of people regardless of sex, race, sexual preference, or origin stand with each other in solidarity. The key is to keep marching every day and stay focused on the positive change that we can make together; that is what inspires me and my team at Cannapolitan. I hope you enjoy the gallery below of the creative signs and fabulous people that came out that day. 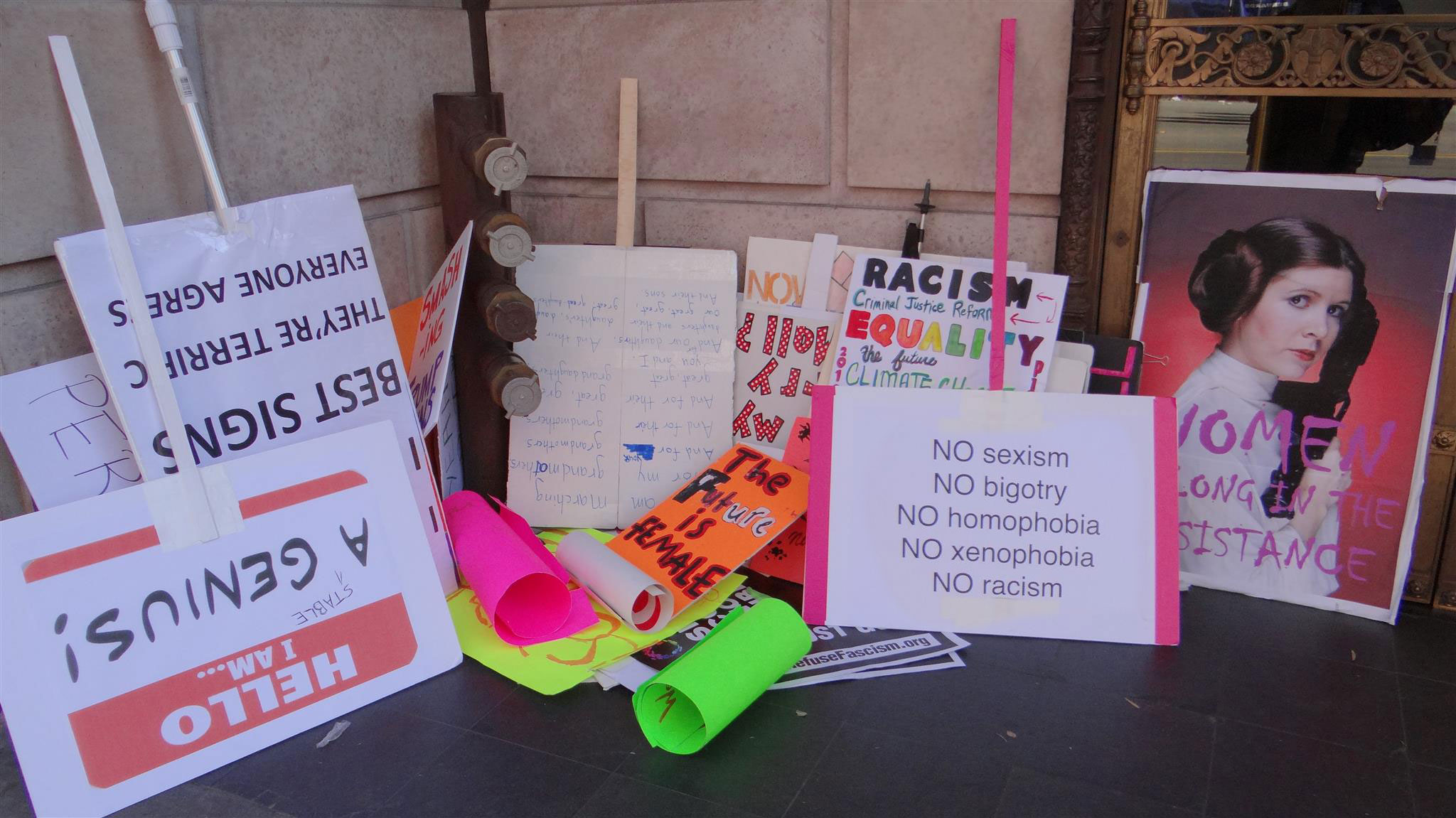 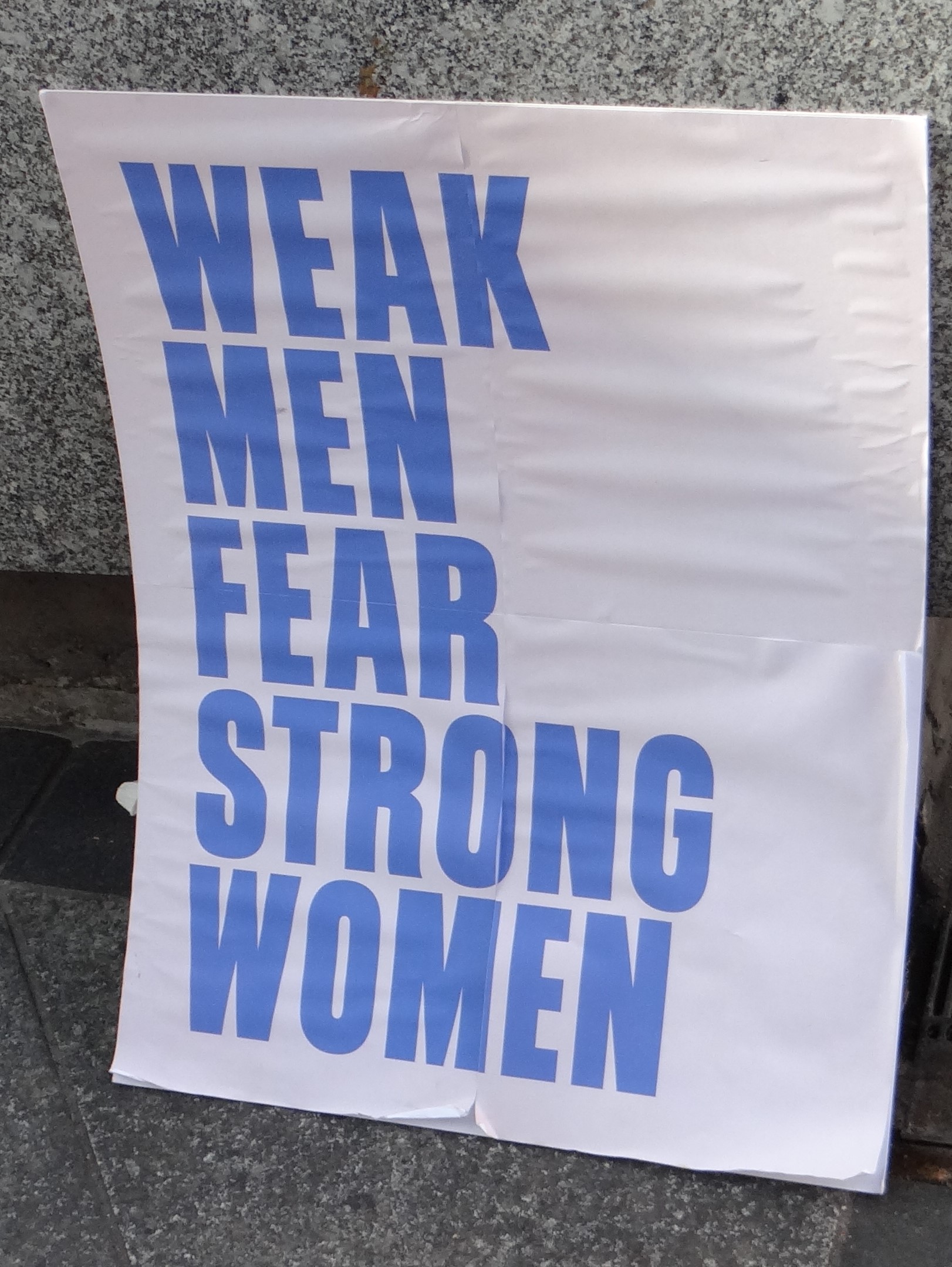 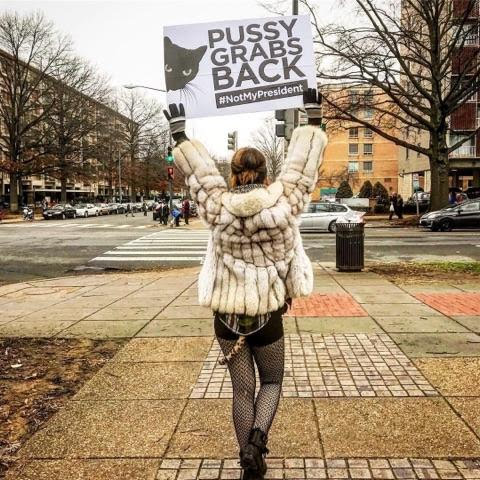 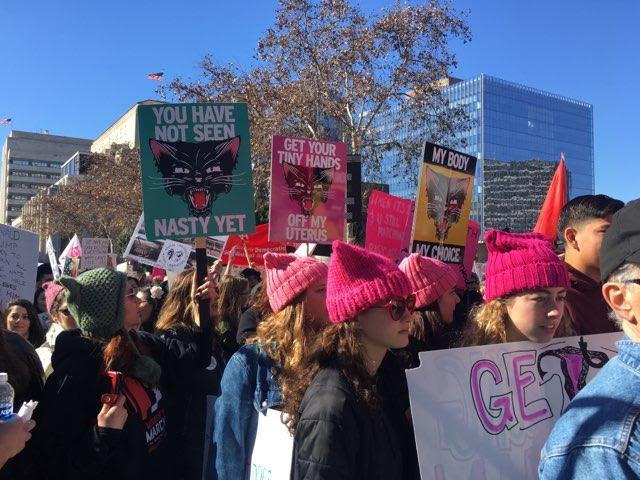 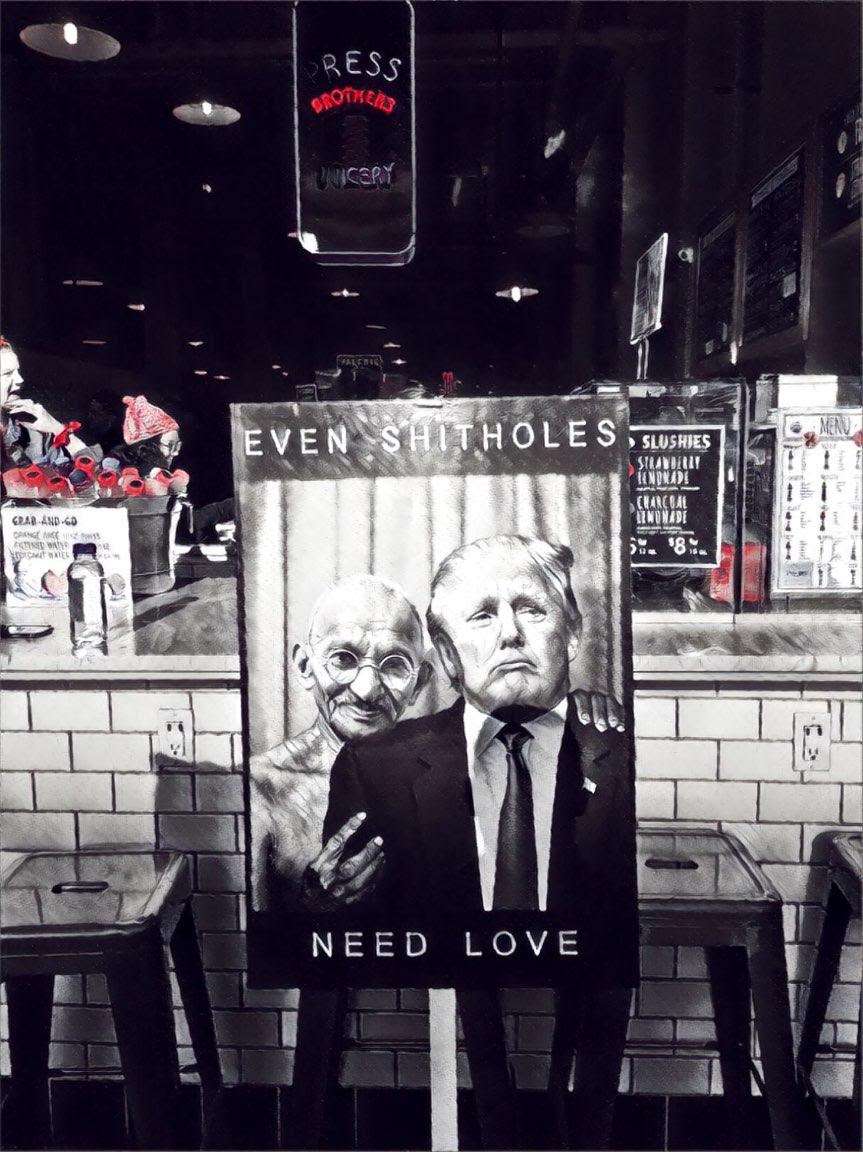 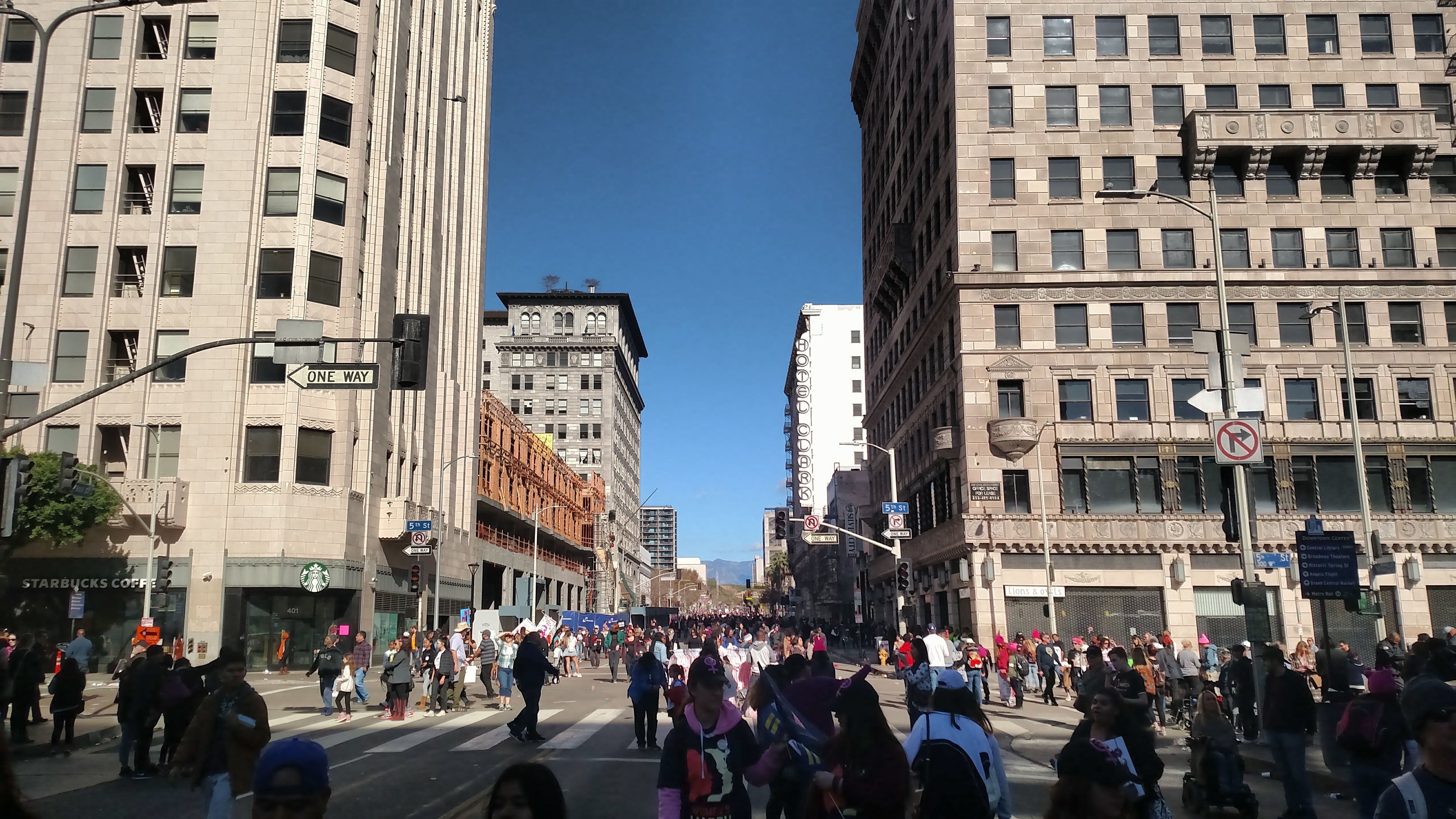 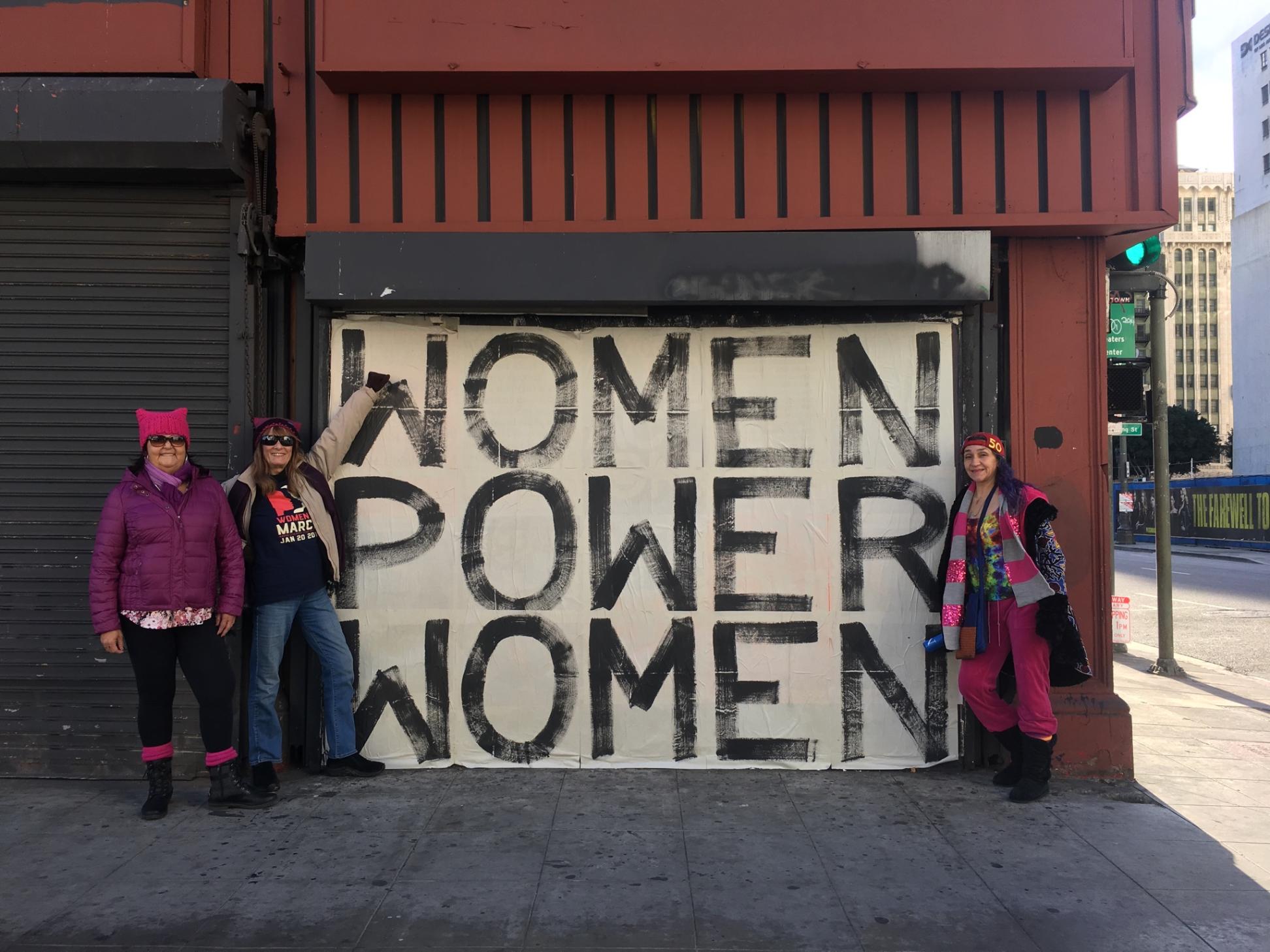 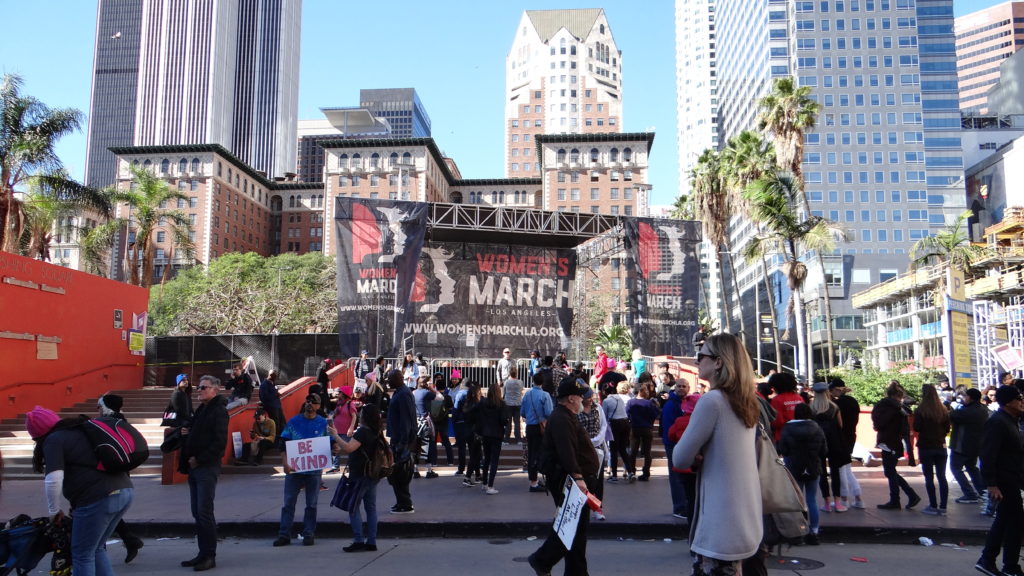